Having Engine Problems – Not Sure What To Do?

If you have a problem with your vehicles engine near me in Elizabeth Pennsylvania, you can trust the expert mechanics at Elizabeth Auto Care to give you all the information that allows you to make the best decision for your car or truck. Our experience has shown that it’s always smart to first diagnose, then repair or replace before jumping to any potentially expensive conclusions.

Since the engine is usually the most expensive item on your car truck or SUV to replace, we strongly recommend having a firm grasp on not only what failed; but what actually caused that failure before deciding on any engine repairs or replacement.

Case Study: This Ford Edge came to us with an overheating problem and a coolant/antifreeze leak. At first blush, it’s reasonable to think the coolant leak is causing the overheat condition. Fix the leak and it’s good to go, right? This is where sticking to the diagnose first position can keep you from making a bad decision before having all the right information.

Any time we see a temperature control issue with an engine, not only do we need to find out what the original issue is, but did it cause the engine to overheat to the point of internal damage.

The approach we took in this case was to pressure test the cooling system to find the leak first. Turns out the water pump was leaking enough to lower the level in the radiator so that not enough coolant was circulating in the engine to keep it cool. But not so much that we couldn’t test the rest of the system.

We then refilled the cooling system to safely run the engine and determine if the electric cooling fans were coming on at the right temperature, which on this Ford Edge they were not.

The next step was to find out if the head gasket was damaged in the course of the engine overheating by getting the engine up to full temperature and testing for the presence of hydrocarbons (HC) in the cooling system. See, antifreeze is made from glycol and there shouldn’t be any HC’s present there since hydrocarbons are found in petroleum products. So, if our engine analyzer finds their presence, we know there was a breach in the engine seal at the head gasket or an internal crack in a block or cylinder head casting. Either of those are a catastrophic failure for this Edge with 127,000 miles on it.

Through proper diagnostic routines, we were able to get to the root causes and uncover all of the hidden damage that could get missed by a less than complete diagnosis. Instead of just replacing the obvious water pump that was leaking for several hundred dollars, then having the Ford return later with it still overheating, the customer was able to make an informed decision with the whole picture and no surprises later.

This picture shows all the parts that have to be removed before the damaged engine can be extracted from the bottom of the vehicle. We are installing a good low mileage used engine, and are in the process of transferring all the necessary components to make it last the longest and lower the overall costs for our customer.

What Is A Head Gasket?

There’s a very important gasket on most internal combustion engines called a head gasket. That is the seal between the engine block and cylinder heads and it’s responsible for keeping the antifreeze away from the engine oil as well as the high-pressure cylinder gases that come from the pistons and valves during the combustion process. And it’s this gasket that can become damaged if the engine is allowed to overheat.

Replacing the head gasket or gaskets if your vehicle is a “V” style engine, can be a major repair that comes with a big enough price tag that could put some vehicle owners over the edge in the repair or not to repair decision.

Can All Head Gaskets Be Repaired?

The problem with an engine overheat once the mileage has surpassed the 120,000 range is the possibility that the other engine components may not be able to handle this major surgery. That is why we always recommend replacing the engine in this higher mileage instance rather than attempt an expensive repair that may not work.

It’s not uncommon for us to find a decent used engine with low miles due to an accident that may not cost much more than replacing the head gaskets. In this case, that is what we were able to do for our customer. Locate a good used engine with low miles that was totaled in an accident without any engine damage from a reliable salvage company we trust. Saving them thousands over a rebuilt or new engine.

Is It Better To Replace An Engine With Used Or New?

We can typically replace an engine with a good low mileage one for sometimes half the cost of a new one. But sometimes that decision has to be made based on all the factors.  Some advantages of utilizing used engines is they tend to come with many additional parts that can be used to replace the higher mileage ones from the customers car saving them a lot of expense. There is also significant savings in labor due to the fully assembled engine complete with all gaskets, unlike a new engine that needs to be assembled using many components from the original engine like oil pan and valve covers.

We’ve found that there are very few good used Subaru engines available as well as Ford Triton engines due to many circumstances. So in those cases, used is typically not an option since there just isn’t much inventory available across the country.

How Can I Prevent Head Gasket Failure?

It all comes down to being proactive with preventive maintenance, making the decision to make smaller repairs over time before they turn into much larger failures that could be catastrophic.

Elizabeth Auto Care has ASE Certified Master Mechanics that are at the pinnacle of auto repair diagnostic techniques and specialize in engine diagnosis & repair or replacements ready to serve you in Elizabeth Pa. 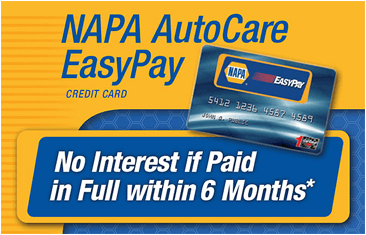 Recent News// What We Know